We all thought that Conrad was a doctor. Conrad was sitting in the patio of the Share addiction treatment center with several of our clients. He sat with his legs crossed in a relaxed manner. Listening intently to one of the patients. He was dressed in a suit, white shirt, and loafers. Impeccable. Later, when I asked who the new doctor was, I discovered that Conrad was not a doctor; that he was the best dressed suffering patient that I have ever known. That was how our relationship of twenty-five years began.

During those twenty-five years, Conrad has called me his teacher of psychology, philosophy, and spirituality. I call him my teacher of recovery, AA, and how to really live the principles that they propose. We have taught each other how two deeply flawed people can build a constructive and successful life in spite of their flaws. Accepting, embracing, and capitalizing on our flaws.

When I met Conrad in that patio I was working as a “mental health tech,” an entry-level position for people getting into the mental health field. In my case, the field of psychotherapy. I was thirty-four years old. I had begun a new life at thirty-two. I had lost a previous varied-business career, a ten-year marriage, and all that I had owned in that life. According to the standards of our culture, I was a failure. I was close to the end of a Bachelor’s degree program in psychology. I had engaged in the irrational path of working my way to a doctoral degree in psychology. Too old to start a career, and too poor to pay for it. There is something to be said for narcissistic blindness to the limitations of age and means.

Sitting in that patio, Conrad was also beginning a new life. Unlike me, he had not lost his old one. He had managed to keep the love and support of his family, his wife, and his young daughter, but life had become hard and ineffective, even with all that love. Listening to him I recognized many of the symptoms that I had endured. 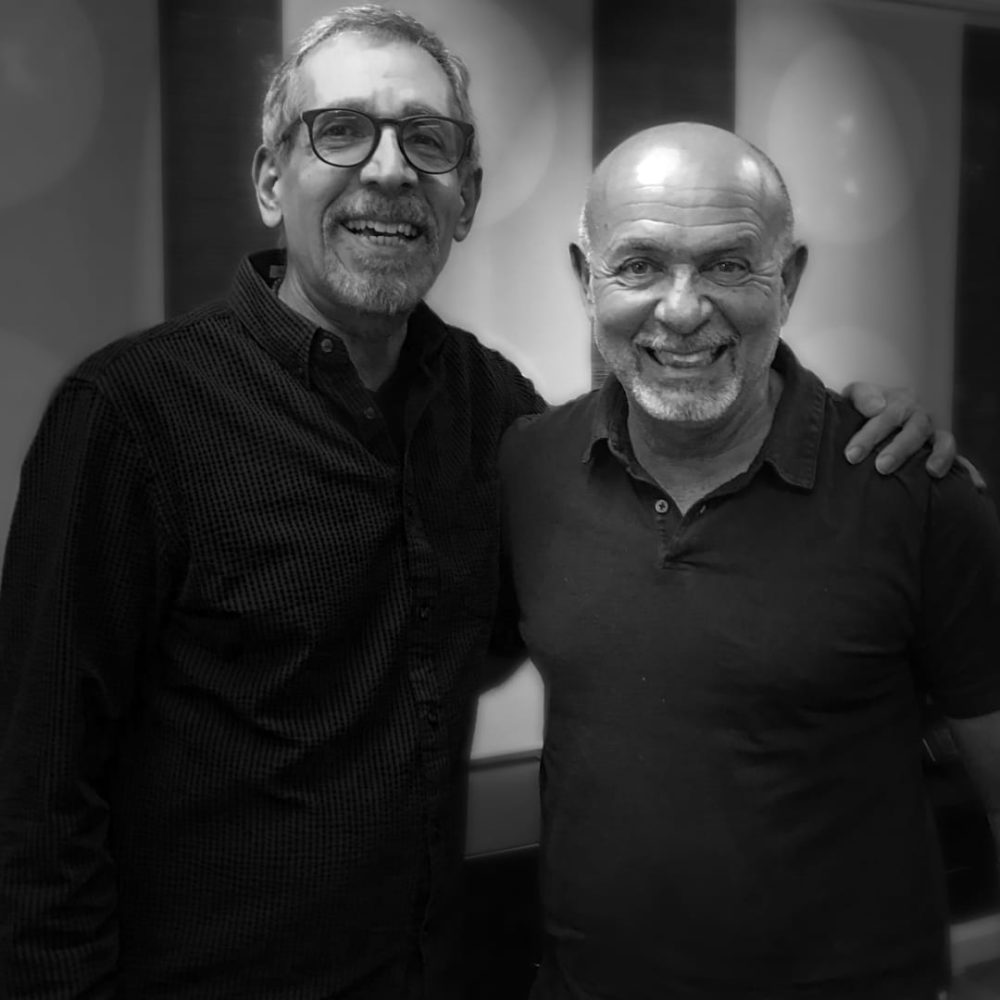 Conrad and I are both first generation Cuban-Americans. We discovered that we had lived in the same neighborhood. We shared the experience of moving away from our homes in Cuba at a young age. We shared the experience of starting life in a foreign culture. And, we had suffered the same cultural pressure that came with being a young Cuban in Miami. The relentless obsession with obtaining financial wealth. The demand to be a family man, provider, and big shot by the time that you are twenty. The pressure to be “macho” and tough, and to hide anything that is weak, sensitive, or vulnerable. To be both responsible and a party animal. To indulge in drugs but display a sober and respectful character. To be a good husband and father and a womanizer. All at the same time. We had both been burnt out by the Cuban-American wet dream. We had failed. We were not a Cuban American success. Or any other kind of success either.

So here we were. Starting from scratch. Facing life, at mid-life, not being able to rely on anything that we had been taught before. Everything that we had learned about who we were had backfired on us. Moving forward we were going to have to create a new path; create it by walking it. Luckily, I had been given some rudimentary roadmaps by my mentor. Maps of psychology, philosophy, and ancient spiritual practices. Conrad was about to get some maps from the 12 Step fellowships. Armed with those guides we walked on and forged a twenty-five-year path.

We learned much. Suffered much. Loved and lost much. We learned what is real and what is a con, even in therapy and recovery. We learned to accept that we are broken and that being broken is both a curse and a gift. We learned that we are not normal. That we are selfish and narcissistic. That we don’t know how to love right, but we do our best anyways, and the people that we love tell us that we do a good job, sometimes. We learned that the journey is hard for us, and it’s worth enduring it most days to get to the moments of joy. We also learned that we can be of help.

For some reason, the teachings that I shared with Conrad resonated with him. He found profit in them, and made them his, and shared them. As I continued my journey in the world of addiction treatment as a therapist, Conrad became a sponsor to many. He selflessly dedicated himself to helping other addicts. He became a living example of giving back what had been given to him. And, he did it in the most extraordinary way that I have ever witnessed.

“Conrad became a sponsor to many. He selflessly dedicated himself to helping other addicts.”

Then, six years ago our paths converged in a treatment center that I founded called Adaptive Center. This little center gave us a space in which we can share twenty-five years of accumulated knowledge and experience. I wanted to create a center free of any kind of coercion, but that offered the best of what I had learned all my life. A center that included the wisdom of the best of psychology, philosophy, and spirituality. A center that would not dictate a path, but that would expose people to the best paths, so they could choose for themselves. This is not an easy task. Because to offer the best, you have to find the best to show it. Luckily for me, when it came to presenting the path of recovery, I know Conrad.

Before the center opened its doors I contacted Conrad. I told him that I wanted to offer an in-house AA meeting to present AA to those clients that may find that path useful. He said yes immediately. And, he has said yes, every week, for six years. In six years, Conrad missed one meeting, yes, 1 meeting. I don’t have the words to acknowledge that kind of commitment. Just like I don’t have the words to completely describe Conrad. One thing that I can add is that he continues to be the most stylish guy in the room.